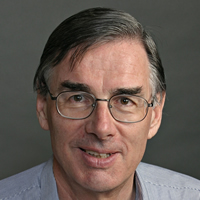 His achievements include determining the characteristics of ambient sea noise from physical, biological and shipping sources for the Australian Indo-Pacific region, based on extensive experiments and modelling. He also developed the first comprehensive theory of sound generation by of fluid interfaces such as the sea surface that has been verified by measurement. He established the characteristics of the humpback whale song for Australian stocks, the geographical and temporal variation and differences from northern hemisphere songs. He was an architect and a Principal Investigator of the Humpback Whale Acoustic Research Collaboration (HARC). 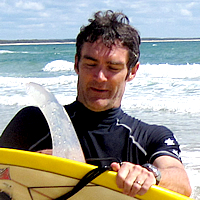 Mike did a degree in veterinary science at the University of Queensland, graduating in 1990. He worked primarily as a small animal vet in the Gold Coast hinterland for 15 months before travelling extensively through Asia and Europe to Britain where he worked as a locum vet for another year.

After returning to Australia in late 1994, Mike started a PhD in 1995 at the University of Sydney, supervised by Prof. Michael Bryden in the Faculty of Veterinary Science, and Dr Doug Cato of the Defence Science and Technology Organisation (DSTO). Here he worked on humpback whale acoustic behaviour and began simultaneous visual and acoustic tracking of humpbacks which eventually developed into the HARC project. During this time he was the lead author on a paper published by Nature on the replacement of the east Australian humpback whales' song by one from the Australian population.

He finished his PhD in 2002 and started work as a post-doctoral research fellow in the School of Life Sciences (now the School of Biological Sciences) at the University of Queensland, switching to a lectureship in the School of Veterinary Science in late 2003. He became a Senior Lecturer in 2009. 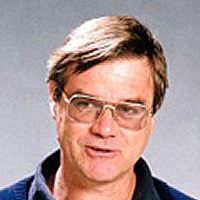 Rob McCauley is researcher in Centre for Marine Science and Technology, Curtin University, since 1996. He is currently working on biological sea-noise sources in Australian waters, under Defence, Industry and consultant funding. His major focus of research is biological and ambient sea noise sources in Australian waters, production and transmission of underwater noise, and effects of man-made noise on marine animals.

Prof. McCauley has been working on seismic survey implications since 1992. He has numerous related publications several current seismic projects including investigating of seismic signals and observations and pathological examination of fish exposed to seismic survey signals in the field. In 1996 and 1997 McCauley organised and ran 16 humpback whale BRS experiments in Exmouth Gulf, Western Australia while concurrently running a large field monitoring program around an offshore seismic vessel. 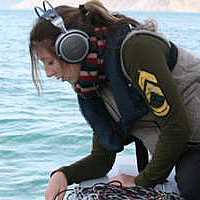 Rebecca developed the first comprehensive catalogue for humpback whale non-song vocalisations and linked these vocalisations to behavioural context. She has worked on both east coast and west coast Australian humpback whales to develop an accurate census of each population using both and aerial surveys. More recently she worked on acoustically surveying beaked whales in the Coral Sea (Australia) and toothed whales off the north coast of Northern Ireland.

Dunlop is currently working on determining the behavioural and acoustic response of humpback whales to increasing levels of background noise from both anthropogenic (noise from seismic air guns and vessels), wind-generated and biological (noise from other humpback whales) sources. 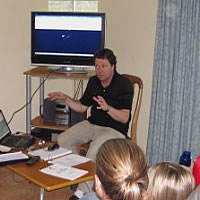 - Semi-automatic methods for whale fluke matching. Development of new software (FLUKE MATCHER) to assist in of whale fluke photographs. The system involves using photogrammetric techniques to first rectify photographs for scale and rotations, the measurement of numerous feature characteristics and a variety of flexible matching techniques. 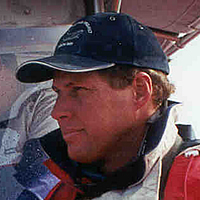 Paton is an experienced environmental manager and cetacean biologist with over 25 years' experience throughout Australia, the South Pacific, Southern Ocean (Antarctic waters), USA and Canada in marine and terrestrial protected area management, environmental planning and assessment, research and monitoring.

In addition to his role as Co-investigator, Dave also serves as a vessel master on the BRAHSS experiments. 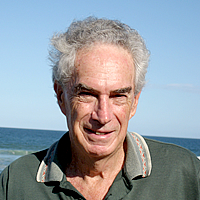 Noad has been involved with humpback whale research since the mid-1990s, working on various projects since then including the major HARC projects in 2002 – 2004 and the field season in 2008.

His work in HARC includes: 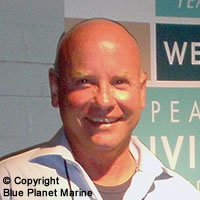 Dr Slade has over 30 years experience working as a marine biologist in both academic and industrial settings. Academically, Rob has published in excess of 30 peer-reviewed scientific papers ranging from whale ecology to dugong ecology and population genetics of seals and other organisms. He held a postdoctoral position at the Department of Immunogenetics, Max Planck Institute for Biology, Tübingen, Germany and was the recipient of an ARC Postdoctoral Fellowship. Rob also worked at the Australian Genome Research Facility as the Bioinformatics Officer.

Rob's field experience photo-id, song collection, and tagging of humpback whales; capture, restraint, tagging, health assessment, and aerial surveys of dugongs; blood and lice collection from southern elephant seals; and capture and tagging of leopard sharks. He is an ADAS certified diver and dive and holds an unrestricted coxswain's certificate.

As Operations Manager and Senior Marine Scientist with Blue Marine Rob has managed environmental mitigation on seismic surveys, and blasting and dredging programs. He has delivered numerous training modules for large oil and gas projects, is a Chevron-approved and has written numerous reports and discussion papers for a number of clients. Rob has conducted Environmental Compliance Assessments for marine seismic surveys and compiled numerous reports on their results.

In addition to his role as Co-investigator, Rob also serves as a vessel master on the BRAHSS experiments.

to everyone who took part in the 2010, 2011 and 2013 field seasons. Successful candidates for the coming year's field season (which is taking place at Peregian Beach, Queensland) will be notified in due course. Thanks to all applicants for your interest.

Air Guns Air guns used in the surveys generate pulses of sound that ...

DTAGs The development of the Digital Acoustic Recording Tag has greatly ...

Ramp-up "Ramp-up" or "soft start" is a procedure that is conducted at the ...

Seismic Survey survey is used by industry to locate oil and gas deposits ...